THE WEEK OF PRAYER FOR CHRISTIAN UNITY_DAY 4

A priestly people called to proclaim the Gospel

Gen 17:1-8
Your name shall be Abraham, for I have made you the ancestor of a multitude of nations.
Ps 145:8-12
The Lord is gracious and merciful, slow to anger and abounding in steadfast love.
Rom 10:14-15
And how are they to believe in one of whom they have never heard?
Mt 13:3-9
Other seeds fell on good soil and brought forth grain, some a hundredfold, some sixty, some thirty.

Commentary
These reflections were inspired by the producers of the Sunday morning Christian programme Vertikale. The challenge of maintaining this Christian voice on Latvian national television has taught them that it is only when we learn to recognise other Christians as brothers and sisters that we can dare take God’s Word into the public space.

• In today’s world more than ever, words flood into our homes: no longer just from our conversations, but from television, radio and now from social media. These words have the power to build up and to knock down. Much of this ocean of words seems meaningless: diversion rather than nourishment.
• One could drown in such an ocean where there is no meaning to grasp. But we have heard a saving Word; it has been thrown to us as a lifeline. It calls us into communion, and draws us into unity with others who have heard it too. Once we were not a people, but now we are God’s people.
• More than this, we are a priestly people. United with others who have received his Word, our words are no longer mere drops lost in the ocean. Now we have a powerful Word to speak. United we can speak it powerfully: Yeshua – God saves.

Questions
• What personal ambitions, competitive spirits, false assumptions about other Christians, and resentments obscure our proclamation of the Gospel?
• Who hears a life-giving word from us?

Prayer
Lord Jesus, you said that everyone will know that we are your disciples if there is love among us. Strengthened by your grace, may we work tirelessly for the visible unity of your Church, so that the Good News that we are called to proclaim will be seen in all our words and deeds. Amen.
Pubblicato da Missioni a 00:00 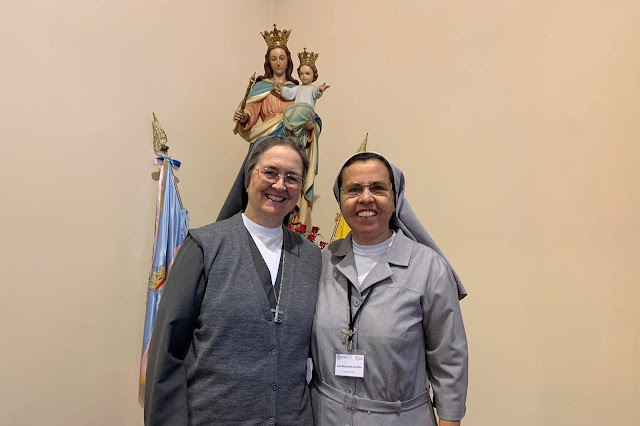